Goodreads Rating: 4 Stars (it deserves more than 3, but isn’t my kind of 4 star.)

This autobiography (can you call it that when it’s dripping in satire, drama, and humor?) came out in 2011, and I don’t know why it took me five years to decide to read it.

…and I think all of her crazy movies that always make me laugh. So I repeat, what took me so long to read her book? I don’t know, but I’m glad I finally did- SO MANY QUOTEABLES.

First, a little recap. Fey takes her audience through phases of her life, from childhood to comedy tours to SNL to 30 Rock,  and sprinkles in her thoughts on politics, feminism, and parenthood. Her stories are all hilarious, but when reading between the lines, Fey has made some major points about the world at present. One of the things that really caught my attention was when a question was posed at a workshop that Fey was in for women to “write down when you knew you were a woman”, meaning when they felt like a woman and not a girl. When she pointed out that most of the answers were ‘when a man…(insert jeer, whistle, or suggestive comment here)’, Fey humorously commented on how not one answer was about accomplishing a self goal or a feeling found within- it was about how a man made some girl feel like a woman, and not the girl herself noting that she had become a woman. Pretty sad when you think about it, right? This method of making the audience think without forcing it is a theme that runs throughout. Fey does this with many hot-button topics, such as breastfeeding vs formula, stay at home vs career moms, politics, and employment sexism. Overall, she tells her autobiography in a way that isn’t all about herself- it’s about her world and how she’s living in it. 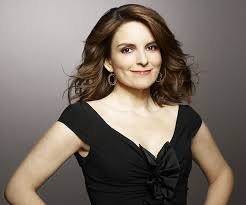 At times, there are points where Fey does run on tangents (but it’s ok because the book leans more towards a tell-off rather than a tell-all), so it’s not a neat little story line that’s easy to follow- it’s more conversational, with breaks in between topics. This would normally drive me crazy, but Fey makes this running dialogue seem like she’s talking to you, and you can’t help but dangle on every word for fear of not understanding the punchline. And guys, if you don’t already know- she’s funny. Almost every inch of this book has a punchline, and there were so many parts that made me laugh. As a friend of mine dubbed it, Fey is full of “quoteables”. My favorites were “golden nuggets”, “bravo, bravo, bravo”, and the entirety of “A Mother’s Prayer For Her Daughter”.

I’d advise anyone to pick this book up and read it. It’s quick paced, witty, and full of unsolicited wisdom that your “cool aunt” would share with you- you know, stuff you didn’t really want to know, but are totally going to discuss with your besties later. I picked it up at my local library and it took me a few days to read it (still in the moving process- ugh) but I bet I could’ve finished it in two days. It’s the perfect beach, pool, or hammock read, and great for a laugh.

TL/DR: What I Was Doing While You Were Breeding by Kristin Newman is a memoir about a woman who decided to pursue her career and travel instead of settling into a traditional, domestic role.

Recommend it? Yes, especially for fans of memoirs and comedy.

Buy it? There are plenty of secondhand copies available since this is a backlist book, so I’d say grab yourself a copy!