Home › Book Review › The Hate U Give by Angie Thomas

The Hate U Give by Angie Thomas

This book has been on my radar for a while and I’d been hearing how amazing it is everywhere. With a 4.57 rating on Goodreads, I know I’m not the only one who agreed when they finished the novel. I went to check it out from my library and ended up on the wait list, but then I noticed that the wait list for the audiobook was much shorter, so I took that route instead, and wasn’t disappointed. The audio was fantastic, as narrator Bahni Turpin yet again nails the strong voice of the lead character, Starr.

Starr is the daughter of an ex-ganglord, and everyone knows her as “Big Mav’s daughter who works in the store, like it’s the name on {her} birth certificate or something.” She grew up on Garden Heights, a neighborhood known more for it’s gang fights and turf wars than anything else. When she was ten, one of her best friends, Natasha, was shot on a street where a bunch of kids were out playing in the spray of a broken fire hydrant. That moment changed Starr’s life in many ways, and her concerned parents sent her and her brothers to a private school, Williamson, in the suburbs, where she and one other boy were the only black kids in her grade. At age twelve, she had “the talk” with her parents- not just the one about the birds and the bees, but instead the “what to do if a cop stopped you” talk.

Balancing the life between what’s expected of her in Garden Heights, and what’s expected of her in private school Williamson, Starr always felt like there were two of her. There was one that fit in with the kids at her school, who spoke a specific way and reacted to things differently, than the Star who lived at home and worked at her father’s neighborhood grocery store. She wanted to just be herself, but the duplicity she felt kept her worlds separate. So when she was tugged along to an infamous spring break party with Kenya, Starr wasn’t quite at ease until a familiar face from the pass showed up. Khalil and Starr grew up together as toddlers and were very close to each other until Starr started at Williamson, and they lost touch. As they were catching up with each other, chaos ensues, and they leave together. Shortly thereafter, they’re pulled over by a cop.

Although terrified, Starr remembers the talk with her parents and stays silent, but Khalil wants to know why he’s been pulled over. Though Khalil is compliant and passive, things escalate quickly, the cop gets forceful, and as Khalil is turning to ask if Star is alright, the cop has opened fire on Khalil.

Leaving Starr as the witness to what really happened that night, the rumor mill and media churn out stories and allegations that make it out like Khalil was a threat and that it was better that he was off the streets. Though the incident was being investigated, there was little hope that there would be actual justice for Khalil. Starr’s internal debate about where she belongs and who she is converge, and she decides be herself, share the truth, and take a stand for Khalil.

Now, without getting too political (though I want to because I have SO MANY THOUGHTS), in direct correlation with current events that puts our justice system under evaluation, Thomas’ novel shares an example of one story that reflects many in the Black Lives Matter movement. And I think it’s very, very difficult to write something so powerful that is both a gripping novel that doesn’t push the author’s agenda AND reflective of a VERY hot and controversial topic. In my personal opinion, it’s important to read The Hate U Give because it gives the reader a chance to understand the point of view from the victims of these hate crimes, police cruelty, and social injustice. Many people are disassociated from these tragedies, or in denial because of the privilege of their skin tone and social class. The Hate U Give puts the reality in the forefront of the reader’s mind, and makes it hard for them to forget that injustice can only continue if we don’t speak up against it. It gives the readers an opportunity to discuss a topic that has become difficult to have a conversation about.

Everyone should read this book. Everyone. 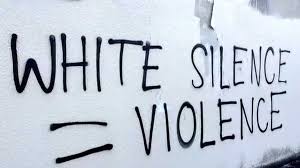 TL/DR: The Hate U Give by Angie Thomas is a fictional but based on true events novel about the Black Lives Matter movement from the eyes of a young adult lead character.

Read it? EVERYONE NEEDS TO READ THIS.

Recommend it? Definitely yes, but with caution for the trigger warnings.

Tags: Angie Thomas, BLM Movement, Justice, Political, Politics, Social Justice, The Hate U Give, the hate u give angie thomas book review, the hate you give, THUG, THUG life, what does THUG mean, what is the hate u give about, young adult social justice novel